Leading futurity trainer Jolene Montgomery explains the skills she expects her young horses to have before she starts training the barrel pattern.

Watch Jolene demonstrate these skills in motion in this video. 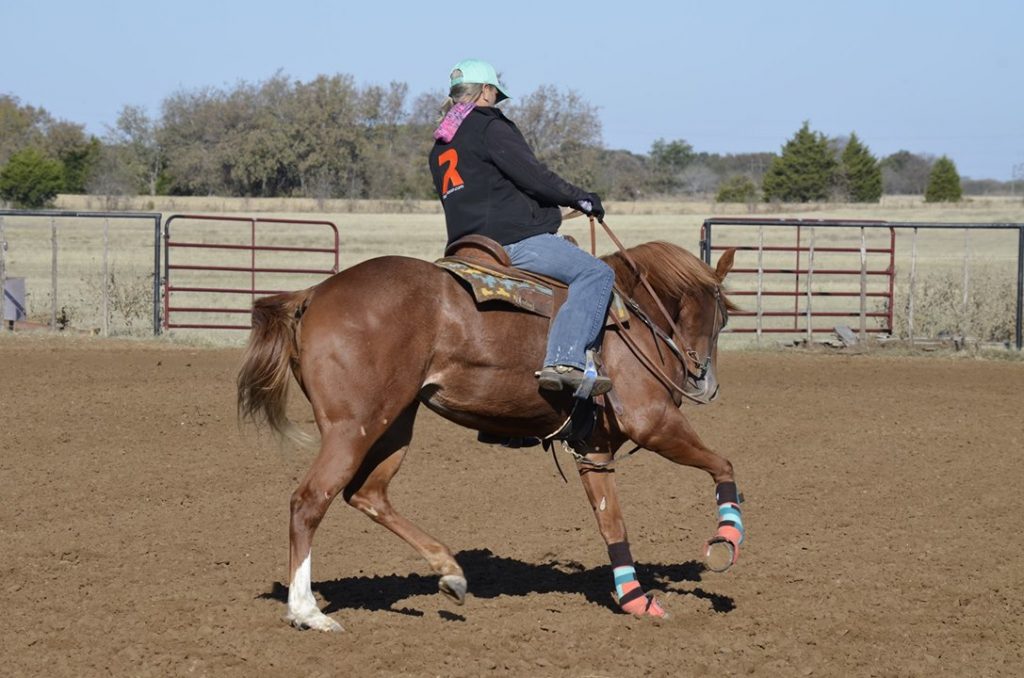 Jolene’s horse is maintaining forward motion through the turn, rather than planting a pivot foot and rolling back. Photo by Danika Kent.

“The No. 1 thing people forget about is forward motion. In everything you do, it’s forward motion. I hear a lot of people talk about sending colts off to reining and cutting trainers to get started, and honestly that makes no sense to me at all. We are not asking for the same things. Cutters will stop their horse and back them up and turn them over, and their crossover leg a lot of times will go behind. A reiner stands on the pivot foot and turns around, so they can turn around at a standstill, but they can’t turn around something—totally different.” 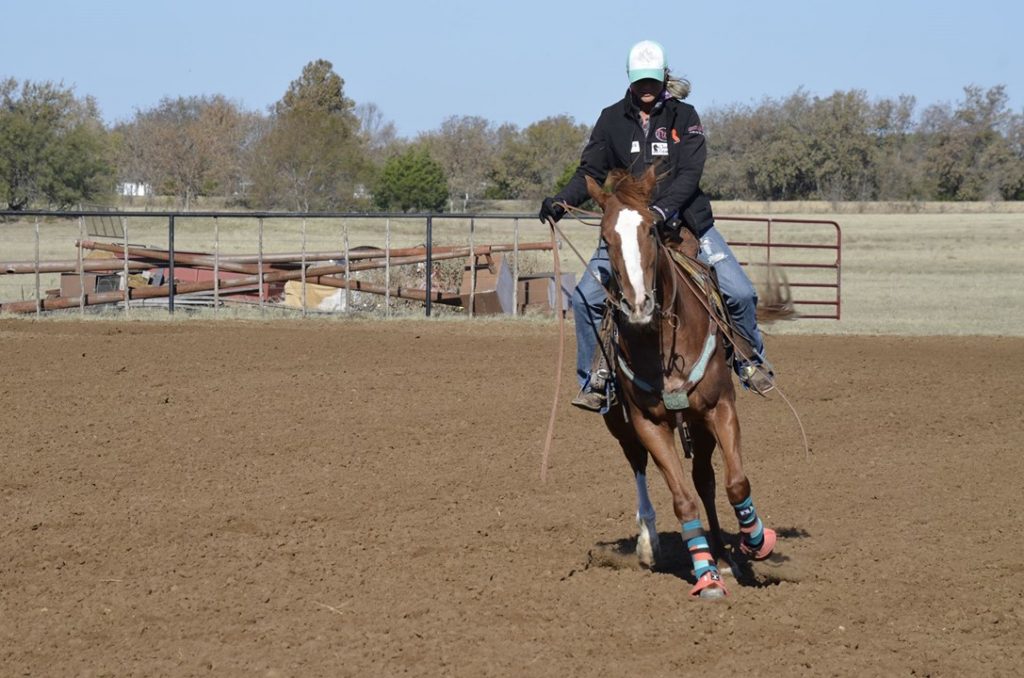 Jolene begins to ask her horse to cross over in the front. Note that the horse’s outside leg will cross in front of the inside leg, and its head and shoulders are square in front of it, not overly bent in one direction. Photo by Danika Kent.

“Start with forward motion. You’re looking for your horse’s outside front leg to cross over the front of the inside leg. I tend to keep my horse’s shoulders and neck square in front of them. It makes it easier to start. A lot of people want to get them bent with a lot of flexion, and to me that makes it harder for the horse. Keep them straight in front of you and it’s a lot easier.” 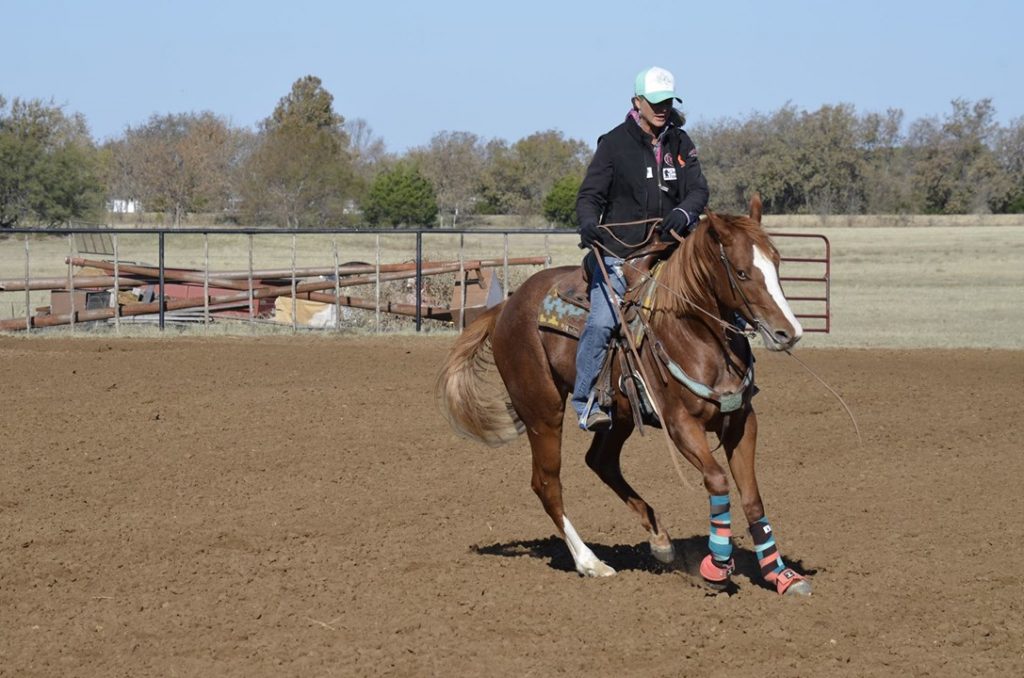 To move her mare’s shoulders to the right, Jolene applies pressure with her left leg and keeps a steady hold on her left rein while bumping her right rein to get the mare to step over. Photo by Danika Kent.

“Obviously flexion is very important. To get control of these shoulders and move them over from one side to the other is a pretty simple movement, but they need to know this before you start them on the pattern. If I want to flex her and move her over to the right, I’ll put my left leg on her, get her nose a little bit to the left, and I bump out with the right rein. I prefer to keep a steady hold with my inside rein down low and bump with the outside—I think it makes a more clear statement. If you’re lifting, I think sometimes they don’t know if you want them to move over or turn in. If you’re asking for the nose with the inside rein and bumping out with the outside rein, they know exactly what that means.”

“This is important, but when you start going faster, I think the hip usually follows the horse, so it’s not as important. To start to teach them to move their hips, I’ll walk forward and it’ll look like I’m going to ask them to flex, but my outside rein stands as a barrier to block the shoulder from moving. I move my inside foot back and bump until they move that hip over. As time goes on, you’ll learn to use your reins to block the front end from moving and just ask them to move their hip.”